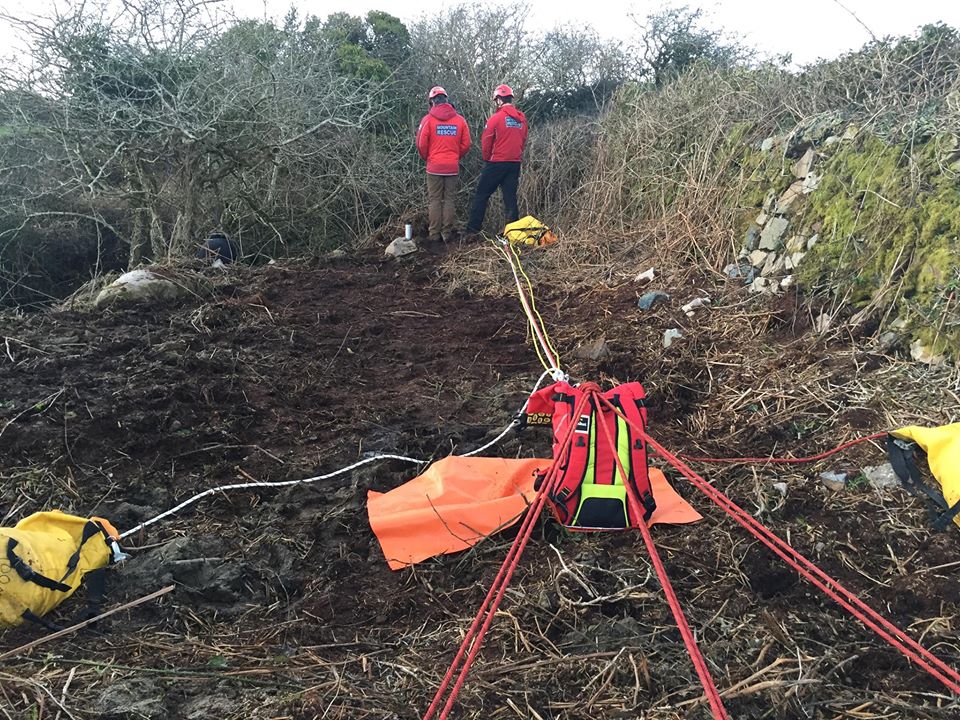 Late afternoon today the team were contacted by a member of public whose dog had entered a mine shaft near Helston. After consultation with Cornwall Fire and Rescue Service it was agreed that our technical rescue team would deal with the incident. 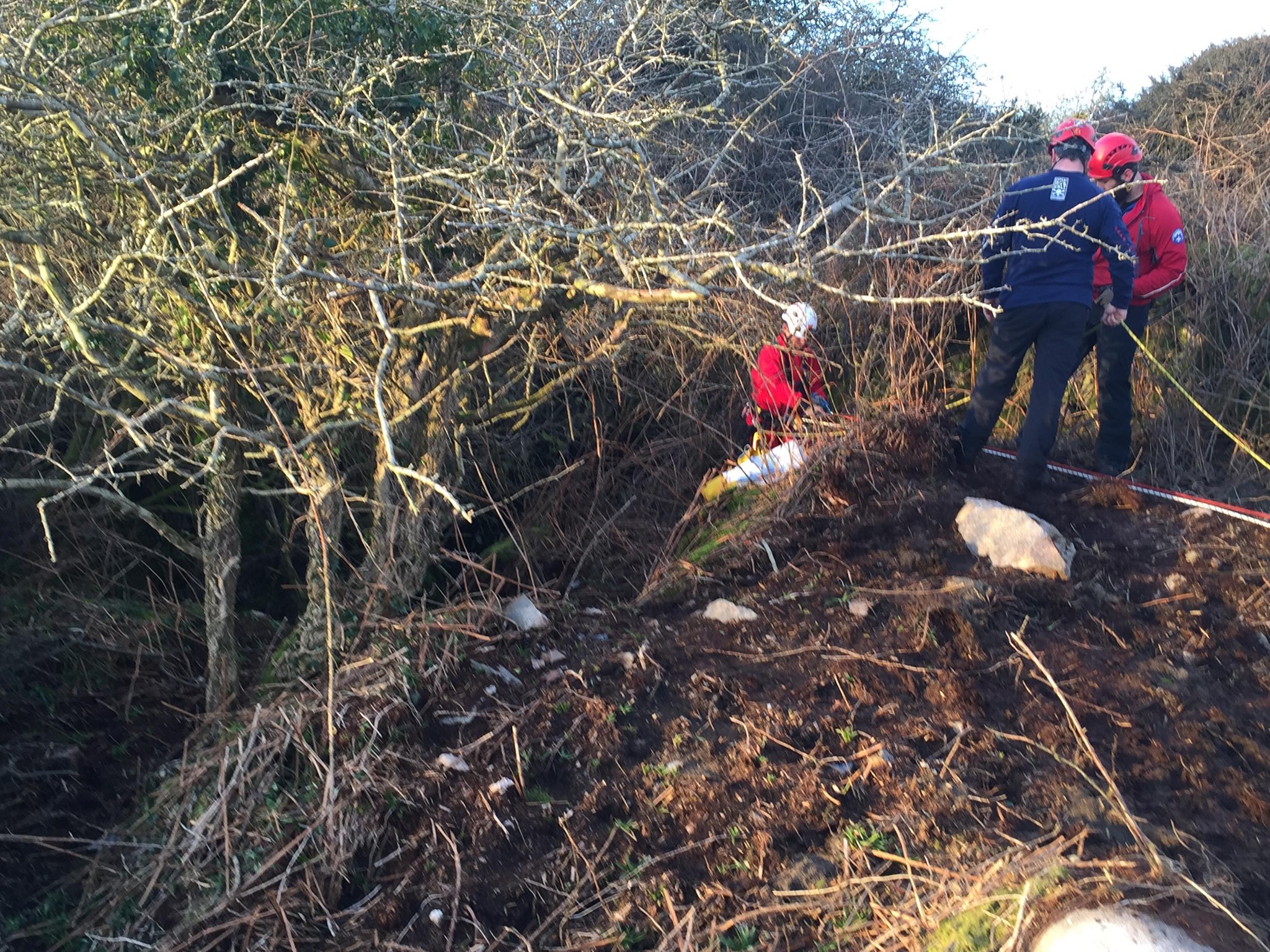 Five members took our off-road ambulance across some very boggy ground that ALMOST defeated us, but reached the shaft to be greeted by the encouraging sign of a barking dog. Murphy the Kerry Blue had dropped 5-6m into the shaft, so a single team member deployed to retrieve him. Unfortunately Murphy then continued further along a partially-collapsed stope into a space that was too small for our team member to access. Improvising, adapting and overcoming, the team fashioned a ‘dog hook’ to snag Murphy’s collar and he was safely loaded into a dumpy bag to be brought up to the surface and reunited with his owner. 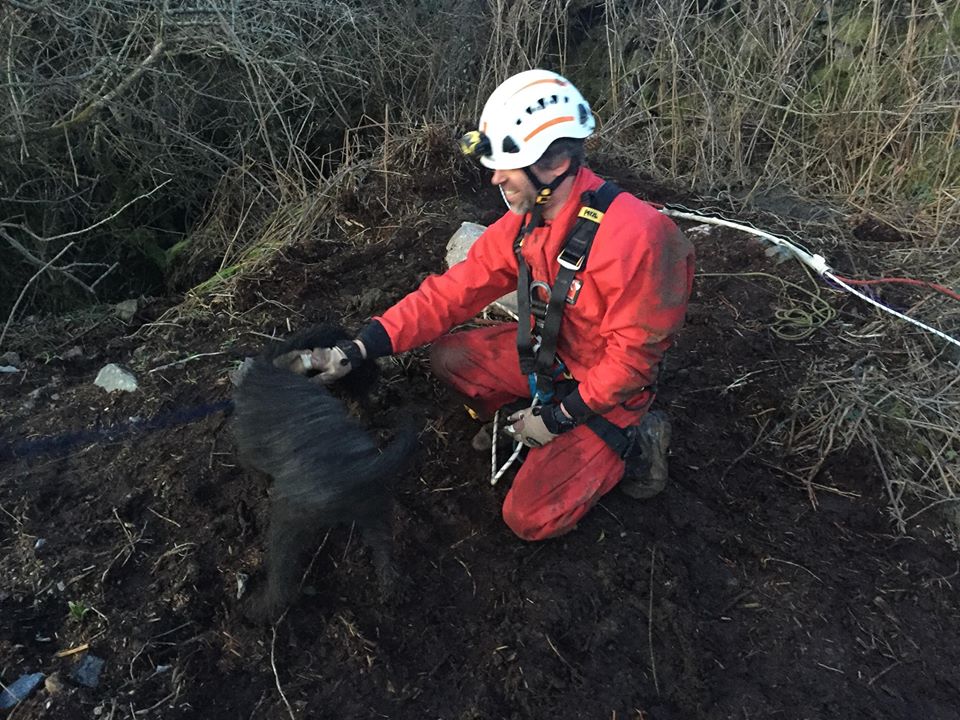 This was a quick and simple rescue thanks to all the hours of training that are put in by members through the year.