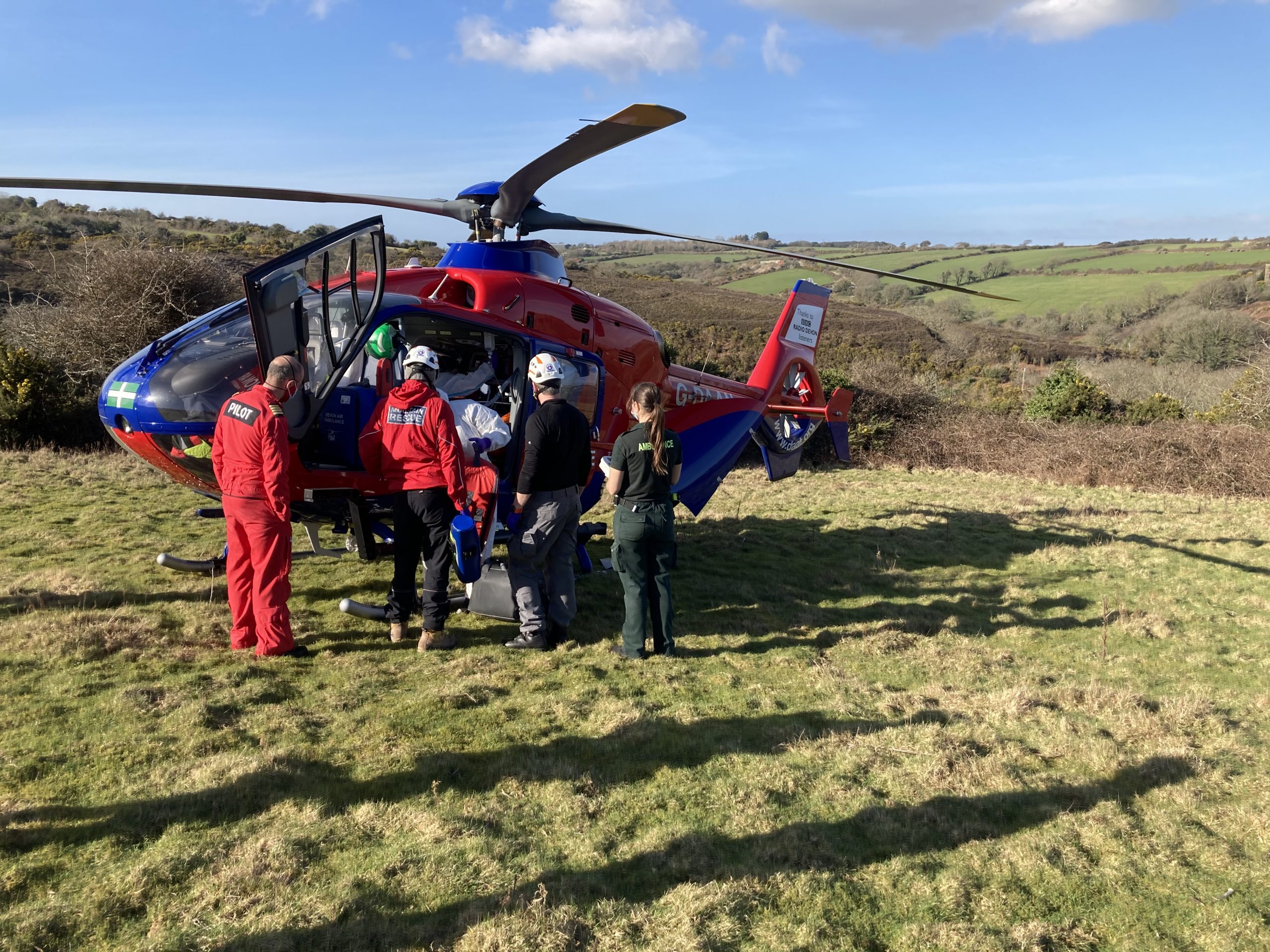 At 13:34 the team were called out to assist South Western Ambulance Service NHS Foundation Trust with the evacuation of an injured mountain biker in the Poldice Valley.

Two ambulance crews were in attendance along with Devon Air Ambulance Trust, as our own Cornish Air Ambulance was on another tasking. The casualty’s injury required him to be anaesthetised by the HEMS team at the scene. He was then transported on our bell stretcher by some of the 17 team members present to the waiting aircraft for onward transport to Derriford Hospital. We wish him a speedy recovery. 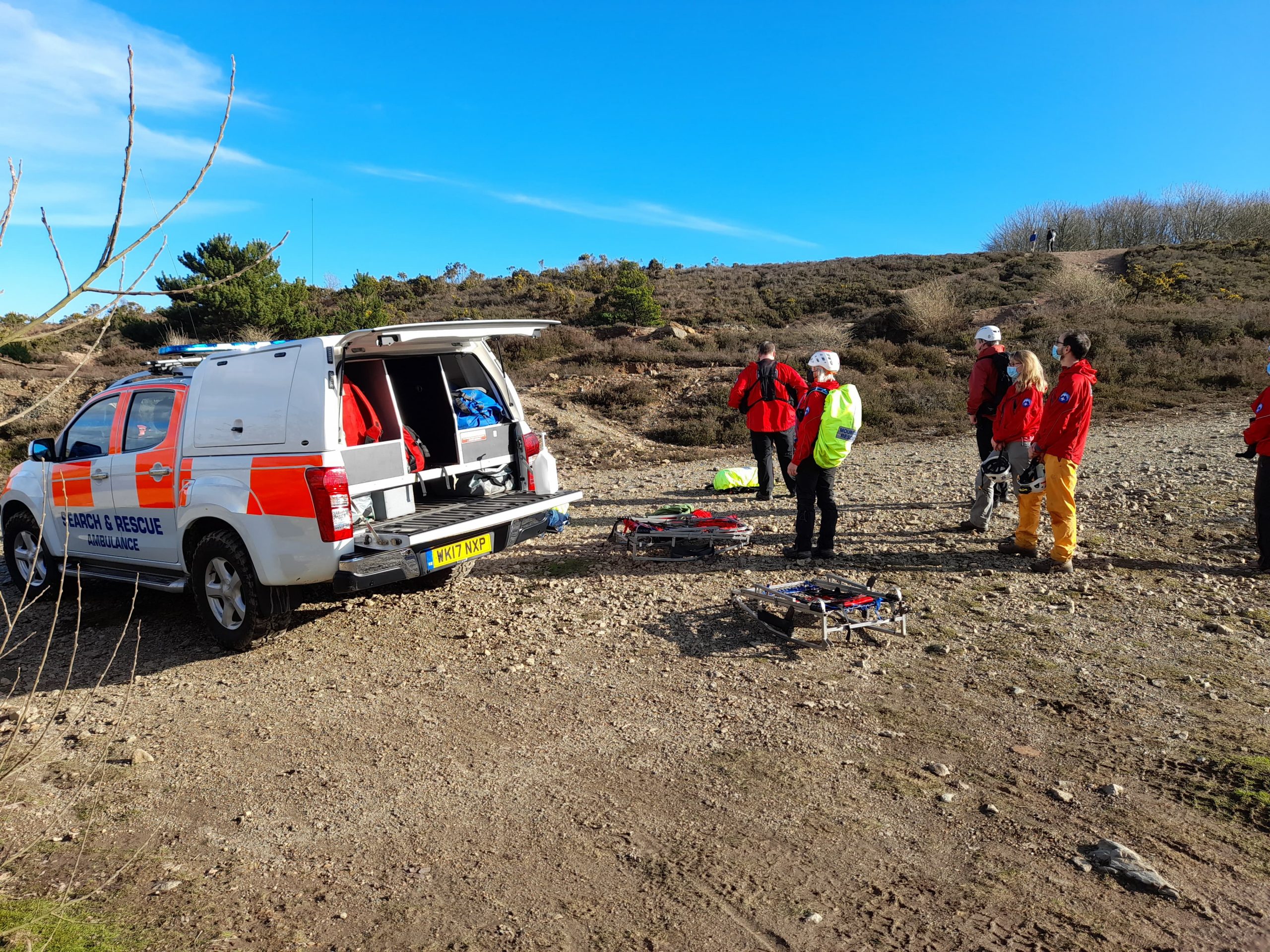 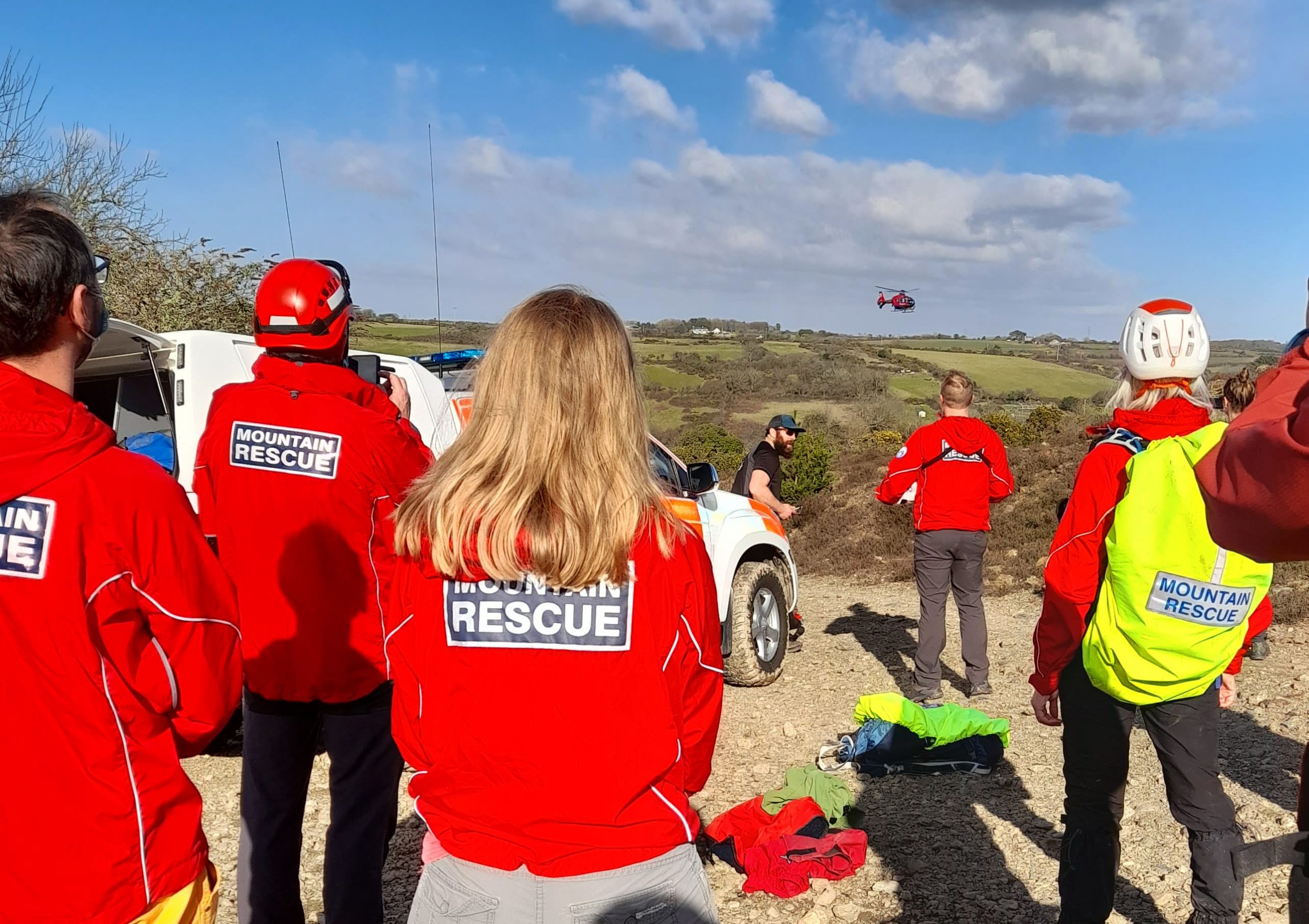