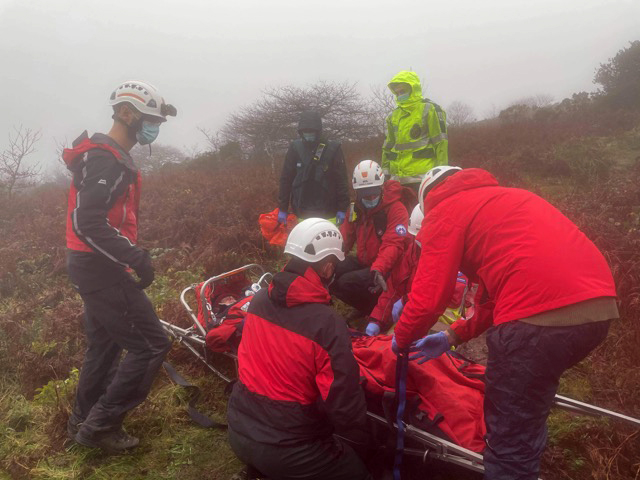 0 shares
At 11:21 the team were called out by Devon & Cornwall Police at the request of South Western Ambulance Service NHS Foundation Trust to assist in the location and evacuation of a casualty from Trencrom Hill near Hayle.

The 43-year-old female had fallen and broken her ankle, calling the ambulance service before remarkably managing to slide part way down the rocky path under her own steam. The first team members on scene had to first locate the casualty (who’d sent a what3words fix of her original location), eventually arriving just after the ambulance crew. As more team members arrived, the lady was packaged in a ‘cas-bag’, assisted onto a Bell stretcher and carried out to the road and into the care of the ambulance service.

The evacuation was very timely as the weather took a turn for the worse just as she was loaded into the ambulance. We wish her a speedy recovery and are glad she enjoyed the ride down! 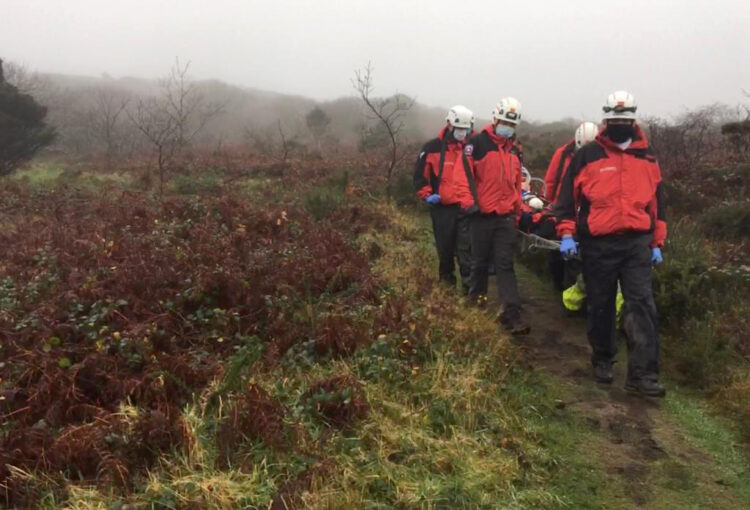 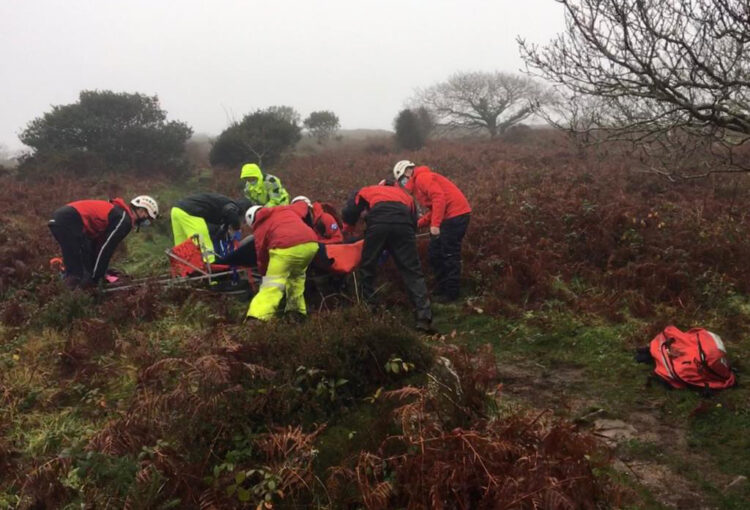 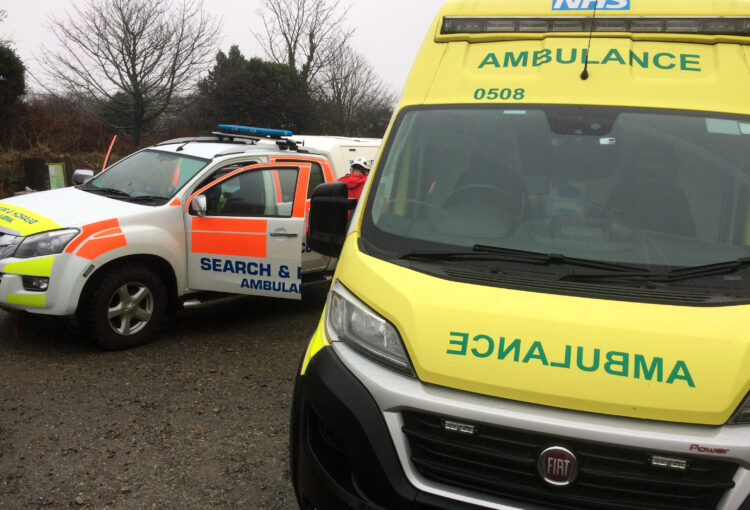