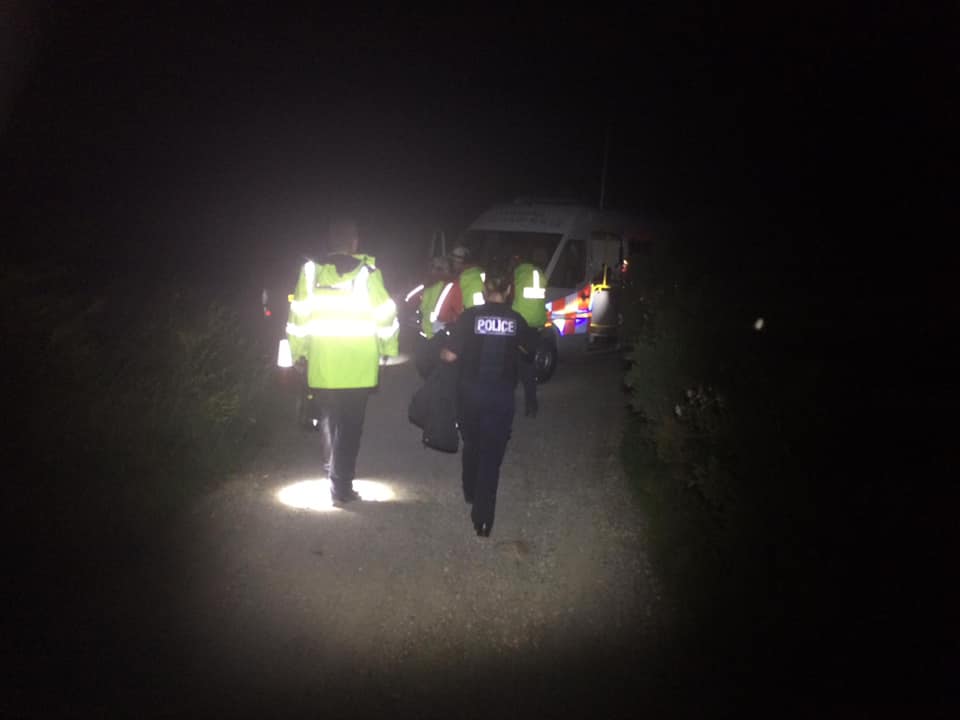 Late into the night, the team were contacted by Devon & Cornwall Police with details of a high-risk despondent male, originally thought to be in the Treleigh area, near Redruth. Due to the urgent nature of the situation, the decision was made to call-out the team, even with limited information. As a team search manager was in the process of sending the call-out message, further intelligence suggested the male was in the Porthtowan/Mount Hawke area.

As the first members arrived at the RV in Porthtowan, the missing male was able to give a What3Words location to Police, placing him just inland of Porthtowan. The original RV was moved and two foot teams and a mobile team were rapidly deployed to the location. The male was soon located safe and well and escorted back to the village by Police, so the team were stood down.